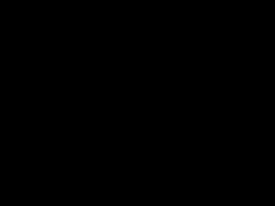 In 2015, young women (15-24) made up 20% of all new HIV infections (despite representing just 11% of the population). The relationship is more pronounced in some geographic contexts than others; in South Africa HIV prevalence among women is nearly twice as high as men.

The link between wealth and HIV is less clear. Studies in the early 2000s, for example, showed a positive correlation between household income and HIV prevalence, where income was associated with living in urban settings, surviving with HIV for longer and attracting more partners (for men).

Programmes need to tackle the underlying gender norms and inequalities, rather than provoke backlash which reinforces them

Dependence aside, low household income is also demonstrated to negatively impact school attendance, and subsequently access to information about HIV. Insufficient income can also be a motivating factor to take part in sex work, which in the context of criminalisation, carries an increased risk of HIV acquisition.

For women living with HIV, economic dependence can be further impeded by HIV related illnesses, as well as stigma and discrimination which impact the ability to work. Insufficient income can in turn impact women’s ability to access healthcare. When privatised healthcare results in user fees, women and girls are the first to lose out given that spending on their health is a low priority within the household. Even where ART is free, additional costs such as travel to the clinic can be prohibitive. In families affected by HIV, women bear the burden of the caring responsibility for sick family members, further restricting their opportunities to take up paid work outside the home.

STOPAIDS member Act 4 Africa has piloted a programme, Health, Empowerment and Livelihoods in Uganda and now in Malawi. The project combines HIV prevention training, testing and counselling with savings and business enterprise coaching and life skills training, helping young women to secure access to higher earnings and increasing overall levels of confidence and self-esteem. Higher earnings lead to more independence, which has had a direct positive impact on health outcomes. The project is backed up by the provision of HIV services for a wider group of men and women in the community. Since HEAL began, 6,327 men and women have accessed HIV testing and counselling, 1,150 women are actively involved in savings groups and 632 women have set up business enterprises either individually or in groups. Through questionnaires Act4Africa have established a 25% reduction in men & women reporting high risk sexual behaviour compared to at the start of the project and 80% of those testing HIV positive are now taking up healthcare referrals compared to only 48% at the start.

In contrast, other  studies have shown that women’s economic empowerment programmes can have unintended consequences, for example increasing rates of violence against women and girls, perhaps as a reaction to the challenge to established gender relations. An increase in violence against women and girls is an unacceptable violation of human rights and indisputably increases vulnerability to HIV.

A 2011 report published by STOPAIDS member, STRIVE, examined the  evidence behind intimate partner violence highlighting that employment is inconsistent in reducing women’s risk to violence and that the relative economic position of a women’s partner as well as cultural expectations of gender roles also affect a women’s risk of violence.

The mixed evidence demonstrates that women’s economic empowerment programmes need to be designed carefully to be effective. Programmes need to tackle the underlying gender norms and inequalities, rather than provoke backlash which reinforces them. A report from GSDRC highlights some of the critical elements of successful women’s economic empowerment programmes including involving men in programming and including specific components on information sharing and dialogue around gender, violence and health.

Act4Africa for example have found it essential to involve males from the community at the outset of the project, in order to raise awareness of how the project can have positive outcomes for everyone. They have found that women’s saving and enterprise groups which have the support of the community males are more successful and sustainable than those where there is suspicion and a perceived ‘threat’.