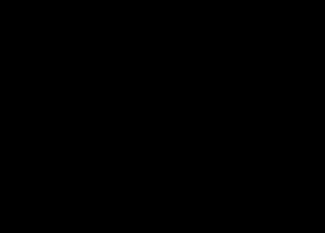 Nikki van der Gaag reflects on her experience of the Women’s March on London; why Oxfam supported it, why it was different from past events and where we can go from here. It is not often that an ordinary citizen is part of something that they know will go down in history. But the Women’s March last Saturday was one of those occasions. My daughter and I joined colleagues from Oxfam and friends and children and reportedly more than three million others across the world to show our support for gender equality and to say that we reject sexism, racism and xenophobia.  Many were marching for the first time.

So what was different about this particular march?  It was huge and global – we marched in Washington and Sydney, Cape Town and Mexico,  Toronto and  Paris, London and Los Angeles, Oslo and Paris, Barcelona and Dublin, Budapest and Accra, Cape Town and Geneva, Rome and Bangkok – to name but a few of many cities.

It was inclusive. In London, on a cold but startlingly sunny day, we walked side by side with people of all ages, colours, and genders. And the experience was truly extraordinary. People were angry, but also full of warmth and solidarity.

It was funny. It was an immediate and global response to the election of a politician who has threatened to roll back women’s rights. And yet humour was definitely the order of the day – from ‘We shall overcomb’ to ‘Literally everything about this is so awful that I have no idea where to start’. Then there were the pink cat hats that women had knitted, in defiance of the new President’s infamous references to those felines.

It included people of all genders. I was delighted to see just how many men had turned up – alone, with friends, with partners and children. One banner said: ‘Men of quality want gender equality.’ Ten years ago there would not have been men on the march in the same kind of numbers. Nor would the LGBT+ movement have been represented in such strength.

It recognised that we still have a long way to go. Women and girls are still more likely to live in poverty than men, as Oxfam knows very well from its own work. There continues to be an epidemic of violence against women. Oxfam’s research just released for the World Economic Forum’s meeting in Davos found that just 8 men own the same wealth as the poorest half of the world, the majority of whom are women. It will take 170 years for women to be paid the same as men. Less than 20 per cent of the world’s landholders are women… I could go on, and the banners did.

We also now face a very real danger that the rights that women fought for so hard over so many years might be taken away. It has already begun. One of the new President’s first actions in office was to reinstate the ‘global gag rule‘ which bans funding for any groups that offer abortion-related services. Activists fear this will have significant effects on work to reduce unwanted pregnancies and on maternal and child health.

It focused on building bridges not walls. I happened to be in Manchester the day of the inauguration, talking about another election – that of the city’s first ever mayor in May. Oxfam is working with local young people’s support groups to ensure that young women and LGBT+ groups have their say in the candidates’ manifestos, particularly around young people and decent work. This is democracy on display at a very different level. But it is part of the same web that knits us all together.

It must be the start of more activity to assert rights – we can’t afford to fail. Because if we want to build those bridges and knock down those walls we also have to work with those who may be different from us. We need to continue to celebrate our wonderful and sometimes difficult diversity. We need to challenge our own assumptions about how the world works. We need to find new ways of changing it for the better.

We are in uncharted territory. But the price of failure will be high. If we want to leave a better and more equal world for our children and children’s children, then we have to make sure that this march is the start of a new beginning, and not just one day of coming together.