Brian McSorley on Oxfam’s contribution to ensuring the poorest people on the planet have access to a loo.

Earlier this month, Bill Gates stood up to address an international conference holding a jar full of human faeces.  In a sector that has been underfunded and overlooked for decades, The Gates Foundation has been a disruptive and positive force in raising awareness of the catastrophic consequences of poor sanitation. It has challenged people to think differently, and has invested millions of dollars in research, to develop new technologies and solutions to the world’s sanitation crisis.

Why is sanitation so important?

A third of people on the planet do not have access to a toilet. Consequently, up to one billion people relieve themselves in the open, behind bushes, in street gutters, or into rivers; posing a serious health risk to themselves and others around them.

Practical, affordable and durable solutions are likely to be much more ‘low-tech’.

The WHO estimates that a child dies every two minutes from diarrhoea that could have been prevented by adequate sanitation.

Oxfam is collaborating with the Gates Foundation to explore innovative new ways of providing safe sanitation. However, practical, affordable and durable solutions for the poorest people on the planet are likely to be much more ‘low-tech’.

Across large parts of the world and in most camps for refugees and displaced people, pit latrines are the most common type of toilet. Dig a hole, cover it with a slab, walls and a lockable door for privacy and the pit will fill slowly and safely over time.  However, in flood-prone areas, and sandy or rocky ground, digging a hole to build a pit latrine toilet is often not possible or is prohibitively expensive. Therefore, alternative solutions are needed.

Over the past five years, Oxfam has both revived old toilet technologies in the humanitarian sector, and pioneered new ones.  Tiger worm toilets allow worms to feed off the faeces and break it down like compost. Urine diversion toilets that separate ‘pee’ from ‘poo’ reduces smell.  Crucially, both technologies prolong the life of a toilet as the underground pit or chamber fills more slowly.  This reduces costs to empty or rebuild the toilet when full.

Building on this success, Oxfam has been working with three different partners to develop deployable kits that meet immediate sanitation needs in the aftermath of a humanitarian disaster.

Septic tanks were developed in the mid 19th century, and the technology hasn’t really evolved since.  In the absence of a sewer to transport waste from a toilet, it is contained, with anaerobic conditions breaking down the harmful organisms, reducing the volume of the sludge and improving the quality of effluent to a point where it can percolate safely into the ground.

This new piece of equipment has been successfully tested at a sewage treatment works by Oxfam’s partner, BORDA.  It is now ready for deployment to Bangladesh as part of Oxfam’s Rohingya response which is helping an estimated 200,000.  Each septic tank can serve 500 people and has the potential to save thousands of pounds each year in desludging costs.

Following the success of Oxfam’s work in refugee camps in Ethiopia, the United Nations refugee agency has adopted urine diversion toilets as a preferred technology.  To enable organisations to build these more easily and quickly, Oxfam has developed a lightweight plastic squatting plate that can be airfreighted in bulk to anywhere in the world. In partnership with Dunster House, we are also making a mould to enable local production of urine diversion toilets. These products will be sent to Uganda and Ethiopia for final field trials. If successful, we will start mass production. 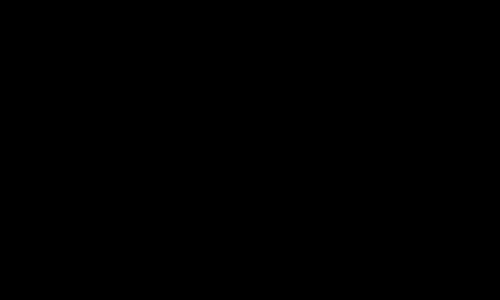 Oxfam continues to partner with Sanergy, a Nairobi based social enterprise, to explore the potential of container-based toilets in refugee contexts.  Like a camping toilet (but without the need for chemicals or additives), a container-based toilet provides an immediate “out of the box” solution. No digging or construction needed, just a private place in a home or dwelling to put it.

With recent highlighting the widespread protection risks that particularly women face in accessing shared public toilets, this could be appropriate on a much larger scale.  A critical factor to its acceptance and success is the need to establish a safe, trustworthy and cost effective collection model to get waste from the toilet to a point of disposal.  Linked with this are efforts to utilise the waste to produce products of economic value such as fuel briquettes, organic fertiliser or animal feed.

With funding from Oxfam, Sanergy has 3D printed a toilet which it is currently testing in an urban Kenyan slum.  This is the forth toilet prototype that Oxfam has supported since it started this work in 2010.  The current re-design aims to reduce the manufacturing cost, make the toilet more compact and cost effective to airfreight, and make it easier to empty and service whilst not compromising on comfort and convenience for users.

Refinement and adaption may not capture the imagination or the headlines in the same way as reinvention, but this is what’s really needed to ensure that the poorest, most marginalised people on the planet have access to this most basic necessity.

This work is being funded through grant support from the US Office of Foreign Disaster Assistance (OFDA).

Brian is a Water & Sanitation Engineering Adviser for the Horn and East Africa region. He first joined Oxfam in 2003 as a Public Health Engineering Adviser in Eritrea. In 2006 he became WASH Coordinator for Oxfam in Kenya, responsible for overseeing Oxfam's water and sanitation work to pastoralist communities in Northern Kenya, as well as residents of Nairobi slums and refugees. Between 2010-2013 Brian managed Oxfam's refugee programme in Dadaab, which provided water and sanitation to over 80,000 refugees. Brian took up his current role as a technical adviser in April 2016.