Last week 110 young activists arrived in Lima to be part of the National Activism Laboratory 2020. This is a safe space for young activists, between the ages of 18-30, from 24 out of 25 regions of Peru to learn about each other’s work, strengthen their activism and co-create campaign actions. This year the red thread tying the laboratory together was how hidden power deepens inequality.

Running since Peru’s 2016 elections, the labs have been one important element of what the Oxfam Peru team calls its ‘magnet model for influencing’. This model of influencing creates digital spaces (like Actua.pe) and offline spaces (like the labs). These spaces connect people from different backgrounds, generations and issue areas around inequality. This is where new and older forms of activism come together to find their common ground. “That common ground is the magnet. The issue of inequality is something that different activists can connect to, it’s the structural reasons those struggles exist” explains Alejandra Alayza, Program Manager and the creative driving force behind this work in Peru.

This year’s lab was called Transformative Proposals: how hidden power deepens inequality. 521 young activists applied to be part of this laboratory, proving to be the most popular lab to date. The fact that applications are coming from all parts of Peru tells an important story. “It’s great to see how the labs are becoming part of the ecosystem of youth collectives in Peru” explains Francisco (Pacho) Angulo, technical advisor on citizen participation for Oxfam Peru and responsible for the Labs from Acuta.pe. (Collectives are groups of young people, committed to working collectively with a cause).

How are the laboratories designed?

The Laboratories are designed by young people for young people. The Nucleo Impulsor, a team of four young collectives, spent eight months learning from previous labs, designing the agenda, reflecting on the current state of politics and power in Peru, selecting applicants to attend, and designing the methodologies. During the five days of the laboratory, they are also the main facilitators ensuring everything goes to plan. “Co-creation isn’t something that we write on paper, it is something we live by, it means joint responsibility, everyone brings their skills and capacities to the table and we build something collectively from that.” Francisco Angulo, Oxfam Peru.

What happens at the laboratory?

The laboratory is a space for activists to network, strengthen their knowledge, agendas, capacities, and co-create campaign actions against inequality. In the labs, they have opportunities to learn about each other’s struggles and challenges as well as connect with journalists, academics and social movement leaders. What is cool about the labs, is the mix of ‘the what’ and ‘the how’ of social change. The labs are organized around topics and tools for social change. To be able to understand and influence how power operates in practice, you need both robust evidence and an ability to connect through culture with society.

The lab hosts academics, journalists and social movement leaders with expertise and experience of gender, economic and environmental justice. The guests exchange their knowledge, spark debate and dig deeper into these issues. The labs use a narrative and counter-narrative methodology to unpick the dominant narratives, ideas and actors to consider what an alternative narrative and proposals for change might look like. In the 2019 lab, participants took apart a powerful narrative around extractive-led development and social conflicts arising from mining activities. In the days after the lab, a social conflict flared up around the mining project Las Bambas. Using the content and connections made at the labs, participants co-authored a declaration asking questions about the model of development, against the violence and in favour of dialogue with the affected communities. This was amplified by Actua.pe across social media and evolved into a national call to action.

The labs are also a creative space with hands-on workshops looking at the arts, music and theatre. With workshops like batucada drumming, stencilling, theatre, rapping and story-telling. The group learn how the arts can make campaigns more impactful and accessible and how culture can be used to cut through the noise, connect with more people and strengthen their influencing capabilities.

In past laboratories, the focus has been on strengthening activism. This year’s lab focussed on understanding the hidden power that keeps inequalities in place. Following the Odebrecht corruption scandal, it became clear how much Peruvian democracy is captured by private interests. “Odebrecht” was a corruption scandal of regional proportions which rocked the Peruvian establishment, resulting in the biggest names in politics over the last decade being imprisoned. We had to consider the hidden power that is determining how Peru is governed. It’s impossible to ignore the wave of mass mobilizations happening outside of the traditional channels across the region. So, in 2020 we invited young activists from Brazil, Colombia, Bolivia (with the support of Oxfam in those countries) and Chile (with the support of Amnesty International Chile). It felt important to reflect with other young people from the region on the issues at hand.

What else has happened this year since the last national lab in 2019?

The National Labs are one part of our year working with activists. Since the last Lab National in 2019, young people in 5 regions of Peru also ran replica labs leading those processes themselves with some help from the Nucleo Impulsor. Together we have run two thematic labs, one on political capture and corruption and the second on the new congress recently elected. We also ran a special lab to help shape Oxfam’s new Global Strategy which will guide the organisation for the next 10 years. In that space, more than 25 young activists from 13 regions shaped a proposal for Oxfam’s team in Peru and Oxfam as a whole. 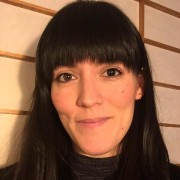